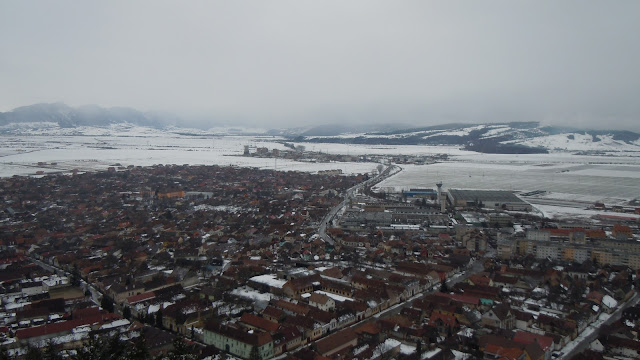 The city.
Râşnov, Braşov county, Romania.
Kindle your mind.
PS. I am tired. And I told you so. Forgive for my inactivity during the weekend past. I was  - and I am - good for nothing these days.
No comments:
Email ThisBlogThis!Share to TwitterShare to FacebookShare to Pinterest
Chapters: photo, Romania 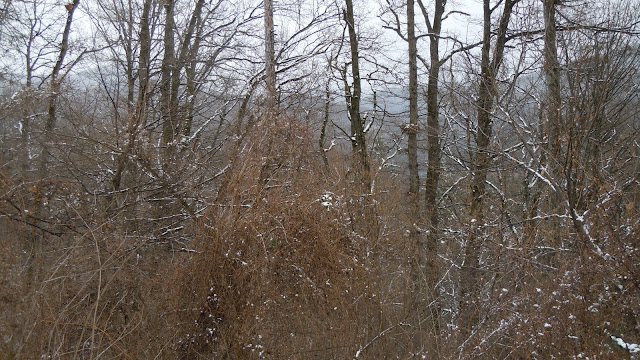 Kindle your mind.
No comments:
Email ThisBlogThis!Share to TwitterShare to FacebookShare to Pinterest
Chapters: photo, Romania 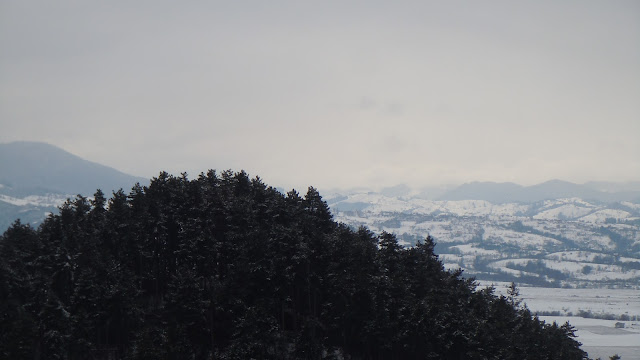 A few words about Romanian politics

There is one question I have on my mind today - and guys, I hope you will forgive me if I write again about Romania and about politics at the same time.
The question is this : is Romania similar to its political class ? Do Romanians deserve the politicians who represent them ?
The latest event leading me to this question is the recent bribery scandal in the EU Parliament. One Romanian member of the European parliament, the social-democrat Adrian Severin, was filmed while demanding a bribe to some British journalists. The bribe, of course, was not demanded as such by the deputy in question, it was demanded as "consultancy services", and an invoice of 12,000 euros was issued.
Many people in Romania discussed a lot about the fact that Adrian Severin is one of the most important members of the Social-Democrat Party and one of its main ideologues. That is not completely irrelevant, indeed, but the most relevant fact to me is that Adrian Severin, member of the European Parliament and leader of the Social-Democrat Party in Romania, former Foreign Affairs minister and a recent candidate for a post of European Commissar, started his public career as member of the Communist Party and professor at the Romanian Communist Party Academy, in the 80s. He was a member of the nomenklatura, but it is important to understand he was not a member of any nomenklatura, he was a member of the ideological nomenklatura, he was one of the persons responsible with the ideology.
This distinction is very important:  there were two millions of members of the Romanian Communist Party, but there were only a few thousands privileged guys of the -in Orwellian terms - Interior Party. And only a few dozens of them were teaching the rest the ideology.
Until recently, I did not consider this fact very important, but I discovered a few years ago that some professors at the faculty where I studied for my post-graduate studies had had something to do with the Party Academy and that most of them had been obviously involved with the Communist Intelligence Service. I also discovered they were clever - and I mean, really clever - and that they did not like to talk about the communist period and about their personal involvement with the ideology of the regime. My recent surprise was to discover that there is an extended ideological literature produced by these persons during the '70s and the '80s. And the conclusion: most of the members of the Communist ideological nomenklatura did very well after the fall of official Communism - and Adrian Severin is but one of them. The others are still there. Many of them had to do with the politics and one of them was exposed in Bruxelles during the last week. Were this to happen in Romania, it would have been forgotten as soon as possible.
So, you see, de-Communization as a organized system of sanity of mind never existed in Romania after 1989 and portions of evil still exist now. Which makes de-Communization still necessary today, just as it ever was.
I was tempted to say until recently Romanians deserve their political class. And perhaps I said it; perhaps sometime I'll say it again, when I'll be really angry and concerned.
But to say this thing would only excuse the members of the Interior Party, recycled, disguised into democrat politicians, business-men or intellectuals. This would only make their game - which consist of transforming the entire Romanian society into their accomplice and, at the same time, into their victim.
Thus I cannot do that. I am not their accomplice, and I don't want to become their victim either. No, Romania is not similar to its political class. No, Romanians do not deserve this kind of politicians. I confess: I could not keep my mouth shut this time anymore.
These are just my two cents.
Kindle your mind.
PS: This upside down picture was taken in Bucharest, in January. It is related to the subject: Romanian politics are oriented upside-down as well ... 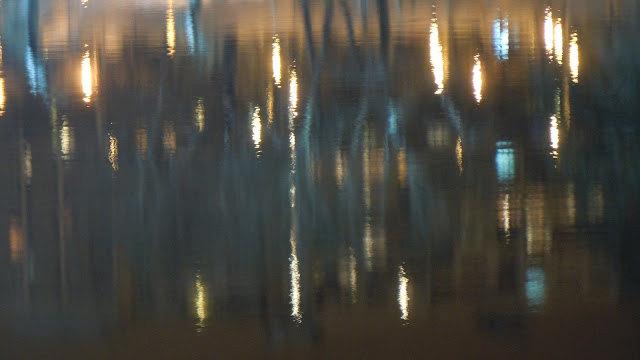 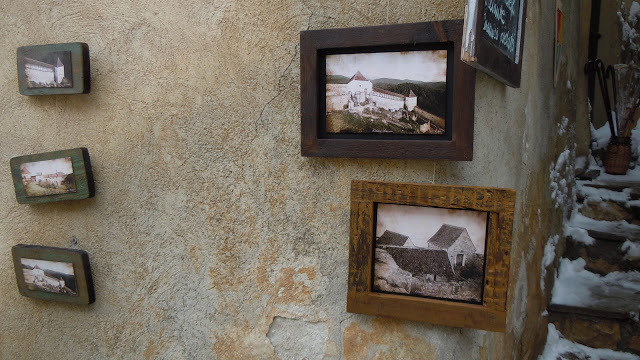 Taken in the stronghold. 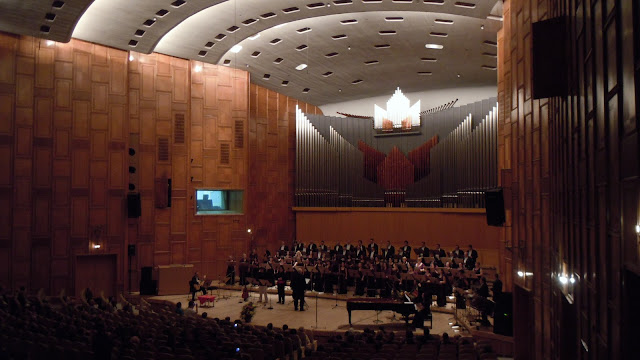 If the Romanian Athenee brings the best acoustics in Bucharest, the Radio Hall provides perhaps the best act. Because the best orchestra in Bucharest and the best choir reside here. And the concert hall, just refurbished last year, is not that bad, as you can see for yourself in the picture above.
Last time I've been there was December 2010, just before Christmas, and I remember it was very cold outside. It was a celebration of the Radio Choir, so there was no orchestra, just the choir and a few soloists, and the concert - which was superb - consisted of Christmas music from Latin America. Totally unexpected - as I've been warned about the concert a few hours before - I assisted to the best concert of 2010 of my personal list.
If you ever come to Bucharest - or if you already live here - and provided you like high quality music, this is definitely a place to visit. Not to the joy of your eyes, but to the pleasure of your ears and your heart. A visit is cheap, btw: the most expensive ticket is 26 RON, which makes about 8 $, or approximately 6 euros. Definitely worthy, if you choose the right repertoire.
My next visit will take place this week-end. I asked some colleagues from work if they were interested, and I must say the result was above all expectations I might have had, as Friday we'll be 14 persons listening to Dan Grigore's rendering of Paul Constantinescu's Piano Concerto. And the hall will be packed - I grabbed the last tickets almost, a few days ago.
Kindle your mind.
3 comments:
Email ThisBlogThis!Share to TwitterShare to FacebookShare to Pinterest
Chapters: Bucharest, photo 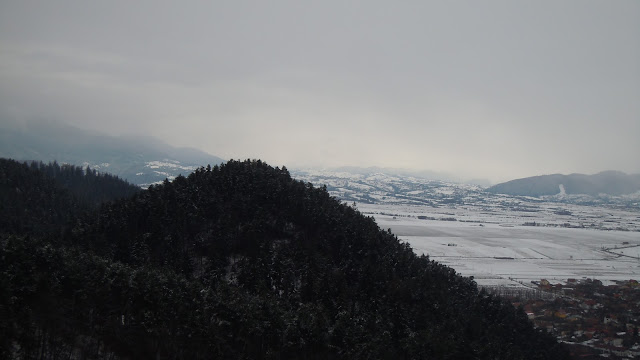 The photo is not excellent, but I love the light and the contrast.
Toujours Rasnov, Brasov.
Kindle your mind.
And a quote : These pages are not and do not pretend to be anything else than confessions, belonging to a man who witnessed events and happenings bearing a significance for the times he lived in. And yet, now, at the end, I am seized by a feeling of an accomplished duty. Yes, it was my duty to write all these, at least in order to prove myself I didn't shadow the earth for nothing.
It is the last idea of the excellent book written by Gheorghe Florescu, author of "Confesiunile unui cafegiu" (Confessions of a coffee-maker), Bucharest, 2008. You don't have to like the author, but you should read this book.
No comments:
Email ThisBlogThis!Share to TwitterShare to FacebookShare to Pinterest
Chapters: photo, Romania 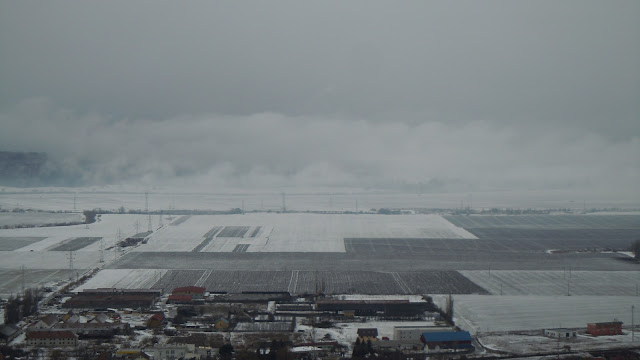 A wave of snow.
No comments:
Email ThisBlogThis!Share to TwitterShare to FacebookShare to Pinterest
Chapters: photo, Romania 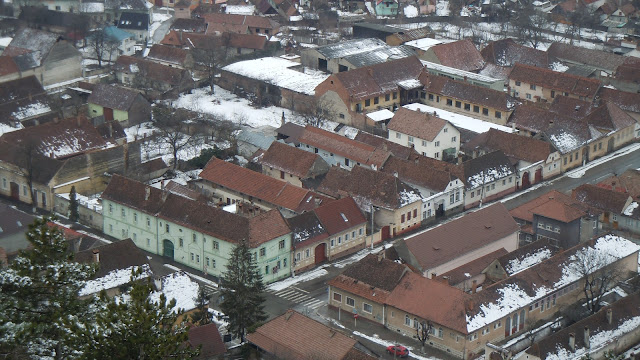 View on the city of Râşnov.

Taken from the stronghold.


Kindle your mind.
No comments:
Email ThisBlogThis!Share to TwitterShare to FacebookShare to Pinterest
Chapters: photo, Romania 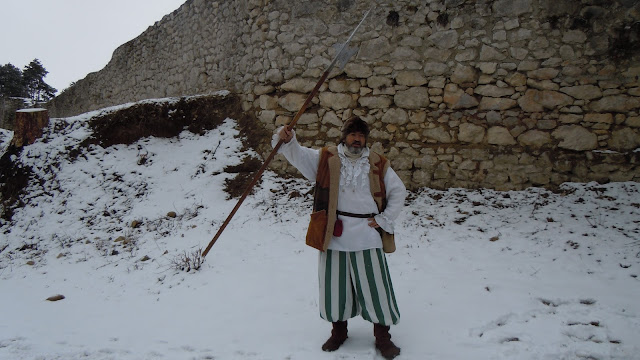 Râşnov, in the Braşov county, some 200 kilometers north of Bucharest. And a creepy guard at the gates :)
Picture taken in February 2011. Many others from this (wonderful) place are still to come.
Kindle your mind.
2 comments:
Email ThisBlogThis!Share to TwitterShare to FacebookShare to Pinterest
Chapters: photo, Romania 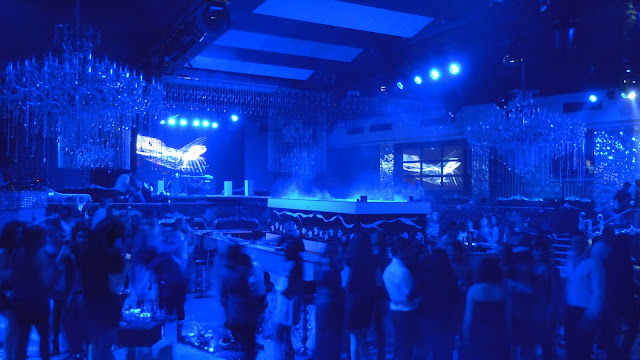 And btw, the picture was not altered in any way.


Kindle your mind.
No comments:
Email ThisBlogThis!Share to TwitterShare to FacebookShare to Pinterest
Chapters: Bucharest, photo 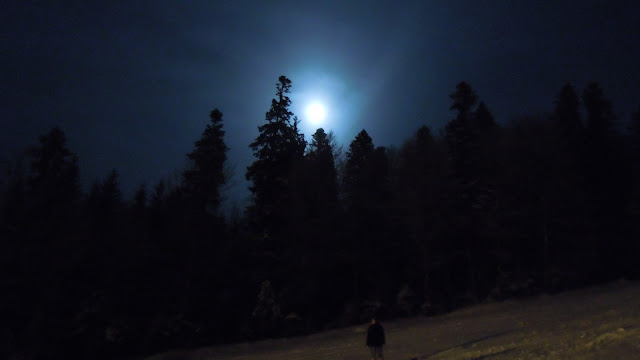 I am back, for the moment. I do not know how long this moment will be, as my schedule is still very rough. So I'll try to enjoy it as much as possible. I hope you will, too, my friends - and I thank you, from the bottom of my heart, for all the messages received during this break.
During these 40 blogless days I spent a lot of time in Bucharest and some days in the mountains. Plus, my last week was spent in Transylvania. The happy part is that I will go again in Transylvania three weeks from now. The less happy and worrying part is that I am still tired and this is definitely not gonna change in the predictable future.
As I came back to the city I found out about the earthquake in Japan. And I want to express my admiration for how, generally, the people of this country overcame this unthinkable situation. I hope my good friend Tomi, in Tokyo, is fine. Even if the death toll will probably overcome 10,000 human casualties (by far, much less than in any other country I can think of), the way the Japanese handled this natural tragedy is nothing short than impressive.
A few words about the photo below: it was taken last month some 80 miles north from Bucharest, in a lovely place called Cornu, in the Prahova county.
And I must confess the beauty of Romania is absolutely amazing. In order to make it accessible, you must get over the very visible civilization defects, though. 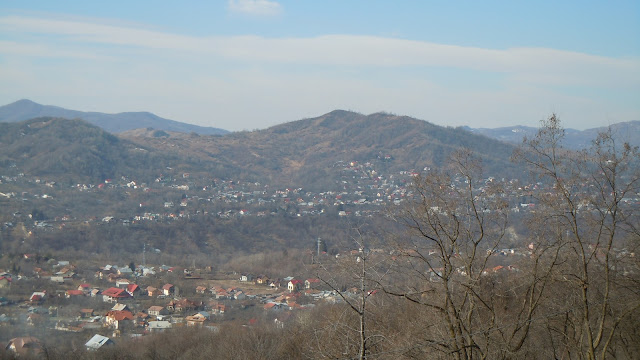